I alluded  to a sheath I made made for my Case Sod Buster knife in a previous post A Few Of My Favorite Things.  There are a few things I’m willing to spend money on, good leather is one of those things.  I have a couple of custom made holsters that I’ve used for nigh on fifteen years now.  They are still in very good condition.  Quality has a quantity of it’s own.

The Sod Buster is a little bit large for comfortable (to me) pocket carry.  I also hate to have to dig for a knife when I need it.  To that end I’ve joined the countless others and usually carry a knife with a pocket clip.  Back in the days when pocket clips had just come out on the market and most were prohibitively expensive I carried a Buck knife or a Gerber Gator.  Both are fairly large folding, locking knives.  As the pocket clip variety became more affordable I picked up several.  I still carry my first, a CRKT M16-02Z. 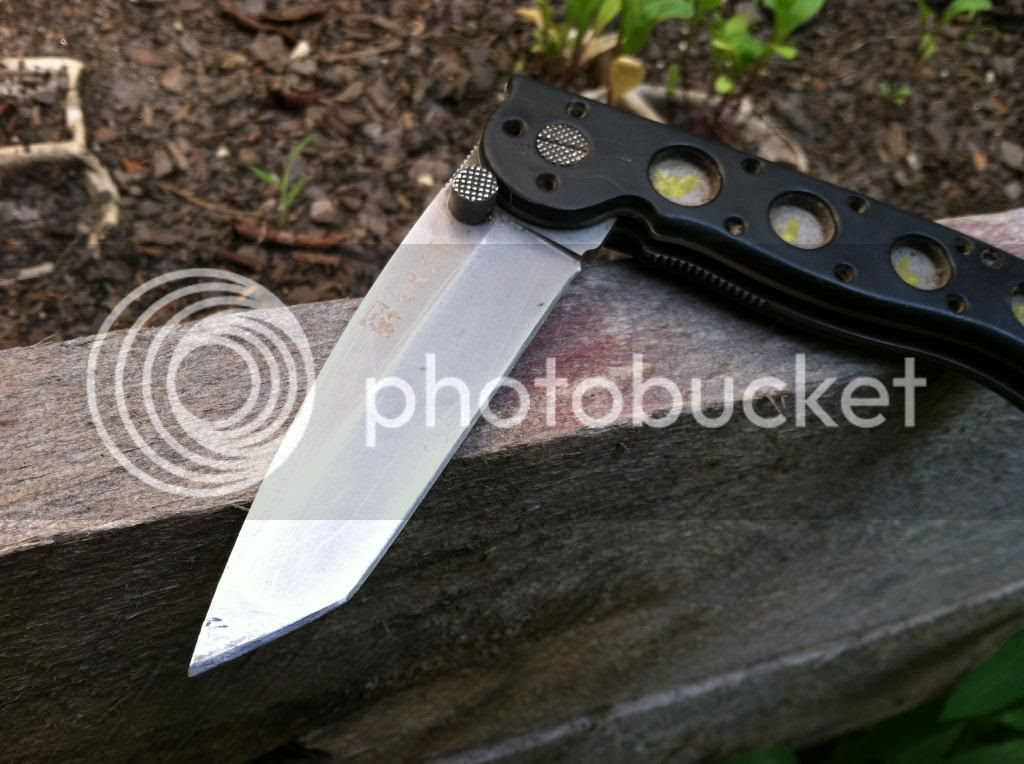 This post isn’t about the CRKT however.  While it has been and continues to be an excellent knife and a part of my daily carry, this post is about another fine piece of craftsmanship from a local legend.  Charlie Craft, aka Cherokee Charlie is a well known figure in the Cowboy Action Shooting circuit here in the South East.  I’ll be the first to tell you that I don’t partake in that particular shooting sport.  I have rubbed elbows with quite a few folks that do and have yet to hear an ill word spoken of Charlie.  In these times that’s an accomplishment worthy of note.

I met Charlie through a local variation of the Ruger Rimfire Challenge which has recently morphed into the  NSSF Rimfire Challenge.  Over the past two years I learned that Charlie, in addition to being one heck of a hip shooter is also a leather worker of some note.  Last month I discussed what I wanted from Charlie and he agreed to make me a simple leather sheath to hold my Case Sod Buster knife. 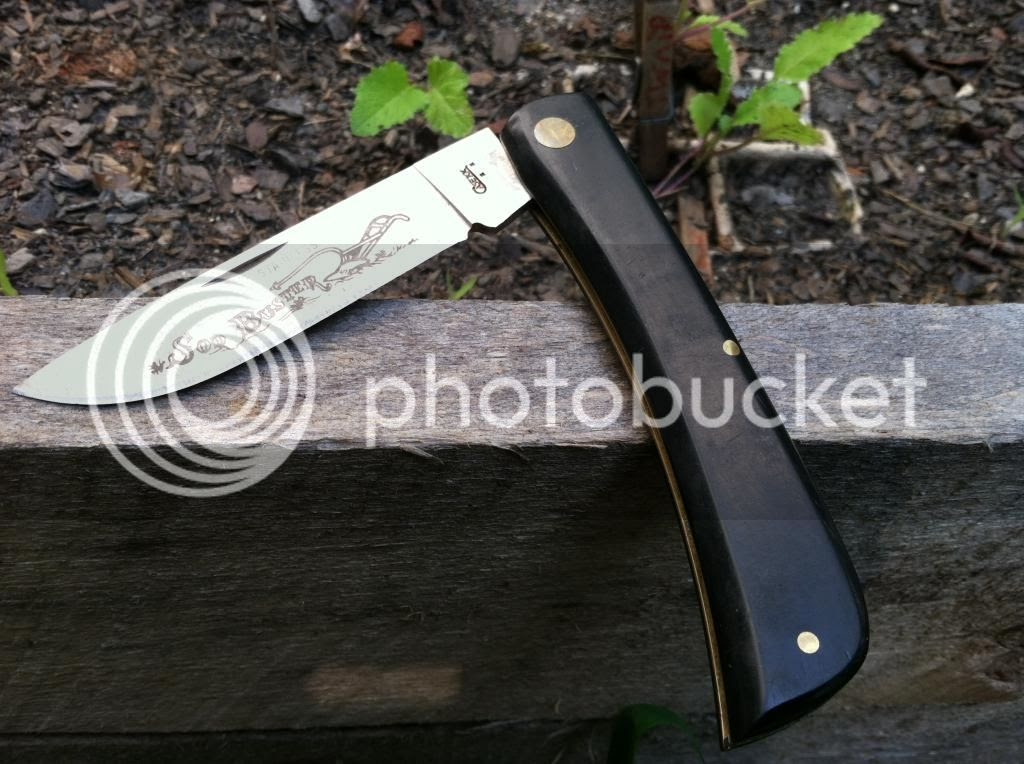 I spend a lot of time in what these days are referred to as NPE’s or NonPermissive Environments.  To those that don’t keep up with all the cool acronyms and catch phrases, that means places that one can’t or shouldn’t carry a gun or a knife.  Especially in the form of open carry.  Carrying a large fixed blade or folding knife tends to draw looks and occasionally unwanted attention.  That tends to interfere with my work.  I have wore out more pieces of ballistic nylon than I care to admit wearing with different phone cases, flashlight cases, knife sheaths/cases, etc.  Good quality leather tends to hold up, and I’d much rather spend a little extra on something that’s going to last as well as look nice.  After seeing some of Charlie’s work at the local .22 match I decided that I liked his work well enough to feel comfortable about spending my money with him.

The back of the sheath with Charlie’s logo: 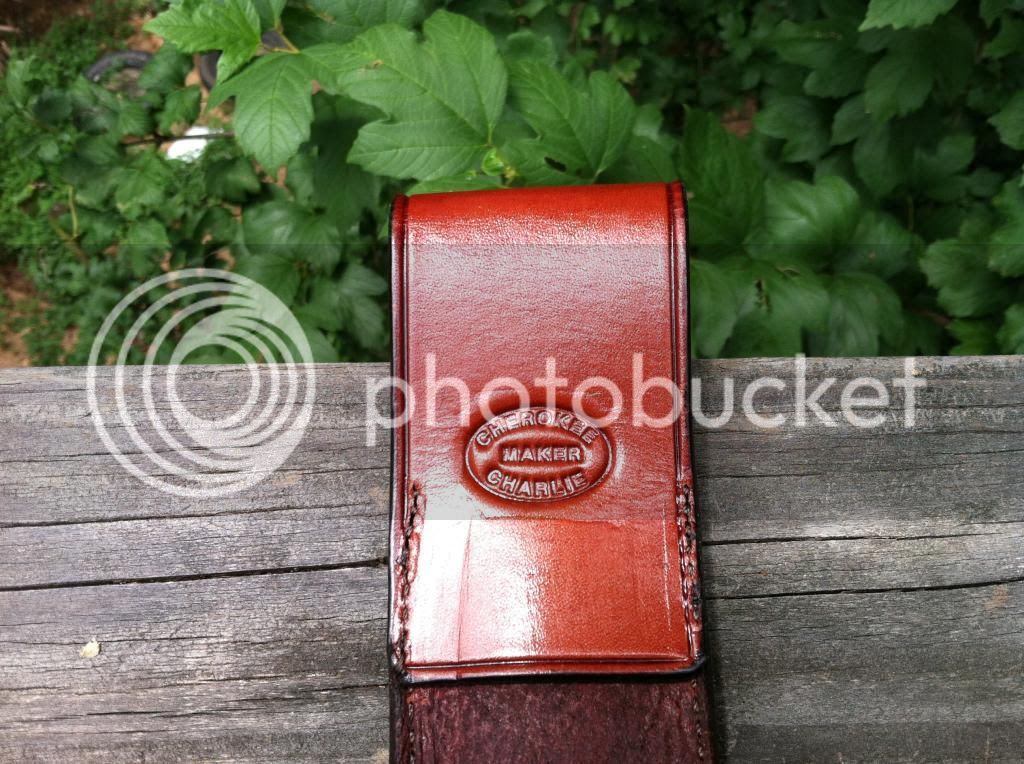 Charlie didn’t shoot this month’s match.  I was a bit disappointed when I didn’t see him however people do have lives and life is what happens to interfere with our plans.  I was pleasantly surprised to see him pull up at the range a little over halfway through the match.  He waved me over to his truck and presented me with the sheath and returned my Sod Buster.  I was very impressed with the quality of his work upon close inspection.  The Wolf’s Head and Paw are hand carved.  The stitching is tight and evenly spaced.  Attention to detail is evident and shows pride in one’s work.  To borrow a phrase we hear a lot in the electrical industry, everything was done in a Neat And Workmanlike Manner. 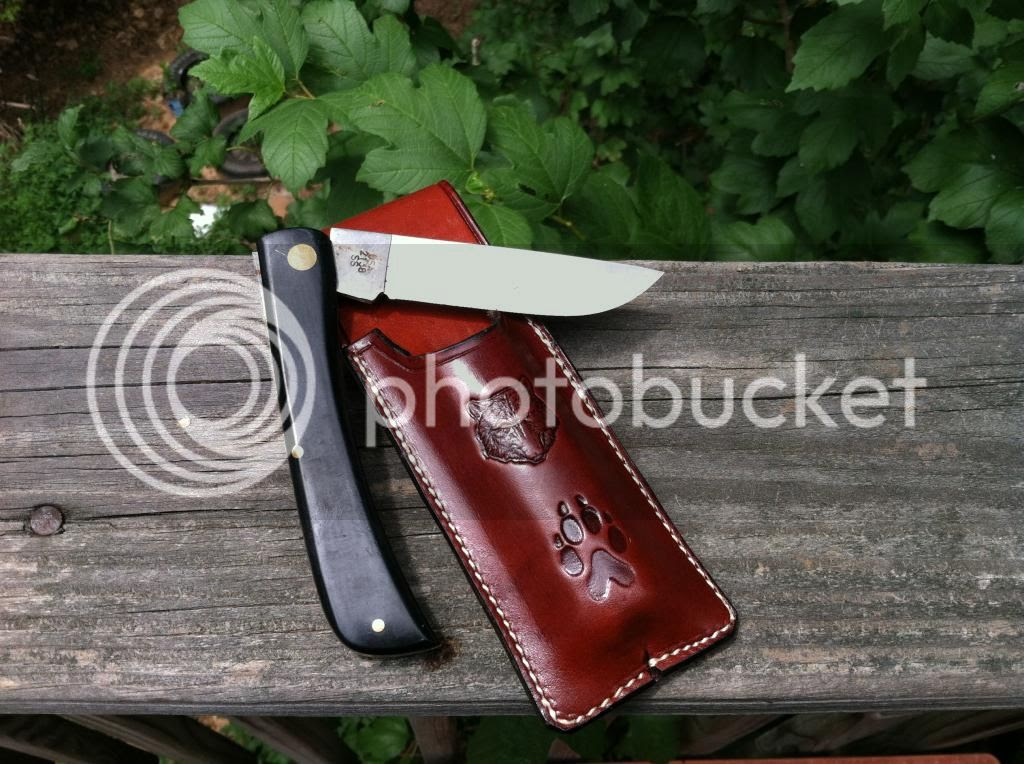 Nestled snugly in the new sheath: 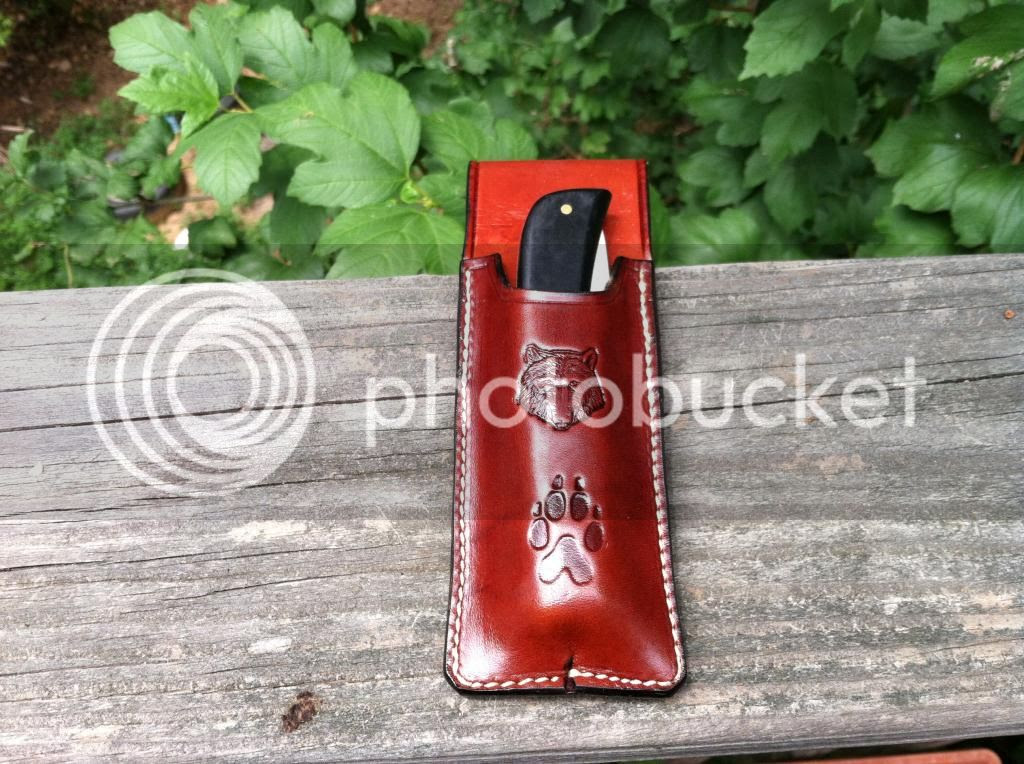 Without a doubt I’ll be approaching Charlie again about more work.  I hope to be able to share that with you as well when the time comes.

A final comparison of the M16-02Z and the Sod Buster: 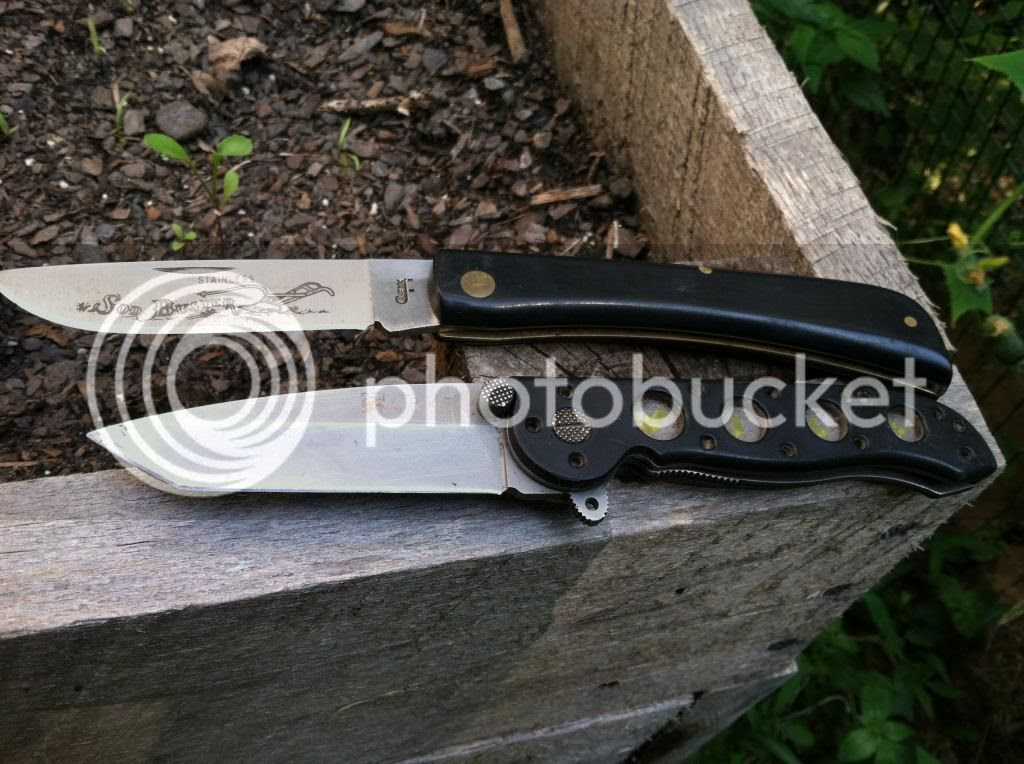