Statistics tell us that most defensive shootings occur in low light, (dusk or in areas with some ambient light) or no light, (in a home without the lights on or an area with virtually no light.)  Unfortunately most gun owners never learn to shoot a pistol with a light, either attached or using a handheld light.  The news is constantly reporting a tragedy in which a family member is shot due to a case of mistaken identity in low lighting conditions.  As responsible gun owners and serious students of self defense we have the responsibility to learn and practice skills that we may well find ourselves depending on.

As life goes on and personal and professional responsibilities tend to interfere with my shooting habit I've found myself taking less and less formal training.  Let's face it, formal training is expensive.  For the cost of a typical one day class I can buy a case of 9mm ammunition.  On the other hand, getting out of our comfort zone and finding out if our pet theories actually work is worth spending some money on, so when the opportunity to take a low/no light course with Sparrow Defense came up I jumped at the chance.

Clark Sparrow is a deputy for a local (to me) Sheriff's Office and a former teacher.  I met him through a mutual acquaintance a couple of years ago and have shot several IDPA matches with him.  When he started up Sparrow Defense I was silently rooting for him.  Starting up a small business is tough in today's economy. Jumping into the training world is tough as well.  One has to compete with big names as well as lesser known and in many cases poorly qualified instructors.  I was hoping for good things with this class and was not disappointed.

The class started at 4 PM with a briefing about basic range and firearms safety rules and a live run through the GALEFI (Georgia Law Enforcement Firearms Instructors) Low Light Course of Fire.  This was done during daylight with no lights being used.  This was an excellent use of the Crawl, Walk, Run method of training. 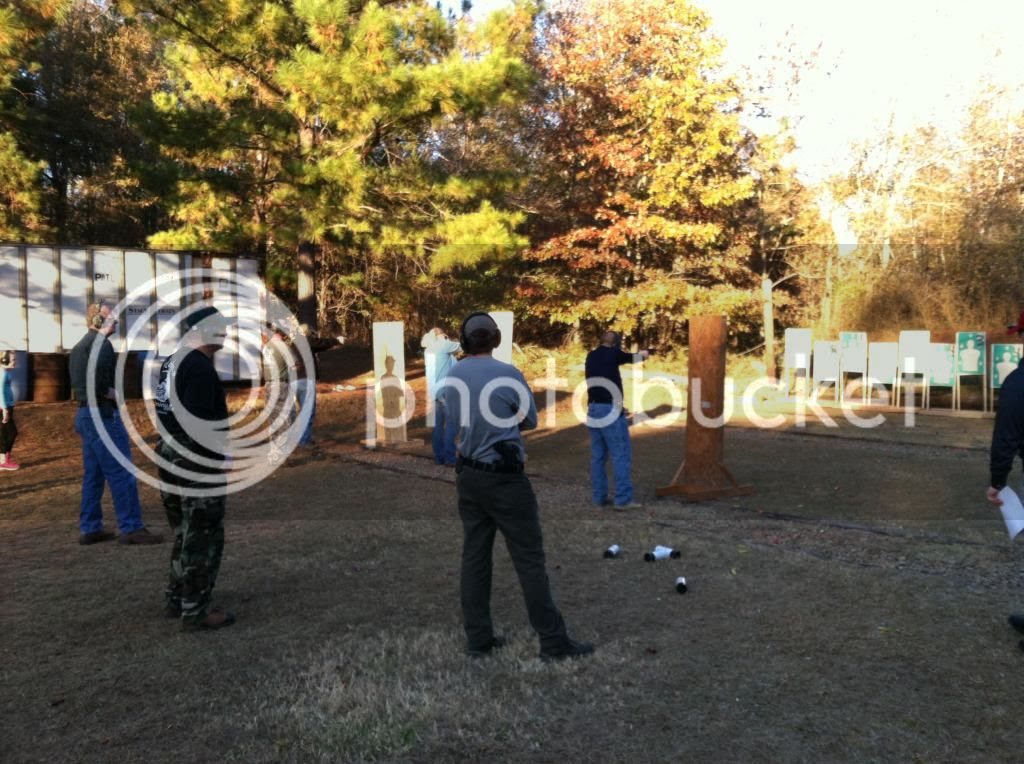 After the Daylight Live Fire was over we cleared our pistols and moved into the first lecture portion of the class.  During this segment Clark covered how the eye operates, detailing the function of the rods, cones, and visual purple.  He then provided us with inert training guns and showed us seven of the most popular methods of using a flashlight with a handgun.  The methods covered were;
Harries
Rogers or Surefire
Chapman
Ayoob
FBI
Neck Index
Weapons Mounted Light
Here's an good introductory description and pictorial of the methods covered with the exception of the use of a WML.  Using A Tactical Flashlight

Each method is valid for many instances but none covers every instance that we might encounter.  To illustrate, I've practiced with a Harries technique for years.  It works well with a revolver, especially one with a Baughman style front sight.  However it tends to cast a shadow on a patridge style sight thus creating a less-than-optimal sight picture.  It also interfered with shooting around a barricade on my non-dominant side. To counter that I used a slightly modified Neck Index to work through that particular problem as it applied to me.

After the first lecture we were back on the range.  We shot in relays so there was little down time.  Even with five magazines for my CZ-P07 i spent my time off the firing line stuffing magazines.  We ran through several basic drills on the 3, 7 and 15 yard line with two targets to engage.  Moving while drawing and reloading was incorporated into the training.  Light discipline while reloading was a constant reminder.  There was a lot going on and I'm proud to say that every student kept up with the demands of the class.  As a quick side note.  I mentioned earlier that I prefer a revolver.  As much as I'd like to run one in this type of environment the demands of ammo management make it tough to keep up with the pace of the class.  I make a concession to lower my standards and run a semi-auto for most of these classes.  I don't want to be the guy that holds everyone up because I'm hunting for and then refilling all my speedloaders.

After running the drills we moved back to our classroom and went over Georgia Law as it pertains to Use of Force.  I was pleased to see this portion of the class.  All too many instructors stick to the technical side of firearms without placing any emphasis on the potential legal pitfalls.  To clarify, this was a technical skills class with a relatively small block of instruction pertaining to the legal requirements regarding Use of Lethal Force. 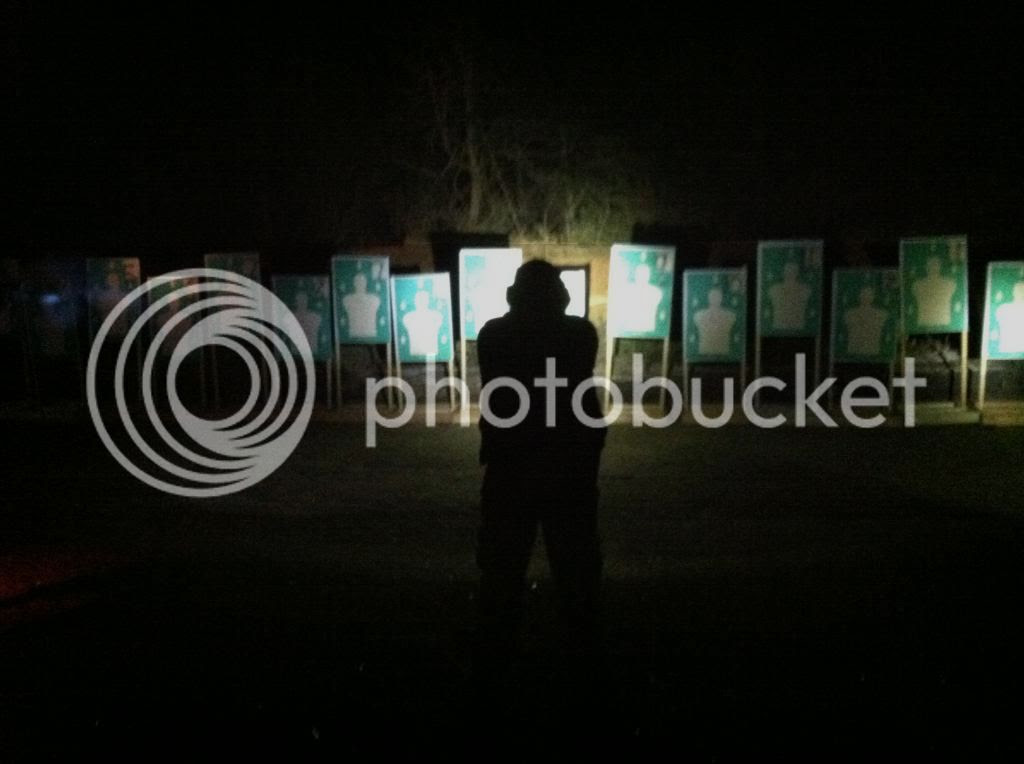 Once again we moved back to the range for a repeat of the GALEFI Low Light Course of Fire with lights.  We ran the same drills at 3, 7, and 15 yards only this time with lights.  In my opinion, one of the failings of the test is there is no option for a participant to start off scanning for or identifying a threat using a handheld light and then transitioning to a WML.  As the test was designed the WML is a huge advantage.  I don't mean to imply that using one is a cheat but to say that the test leaves out a major portion of the skills that should be required if using a WML.

One thing I noticed was a huge difference in the lights used, both in brand, quality and output.  There were lights from The Home Depot that cost $4/each to WML's that cost close to $200.  Most fell somewhere in between.  I swapped back and forth between a discontinued Surefire Executive Elite E2 with a 60 lumen Xenon lamp and a Streamlight ProTac 2AA with a multilevel output LED lamp.  The ProTac will produce 155 lumens on high output, has a strobe feature and a low output level of 11 lumens.  I use this light at work and it has performed and held up well so far.  For a dedicated night fighting light it falls short.  I'll get to that in a bit. 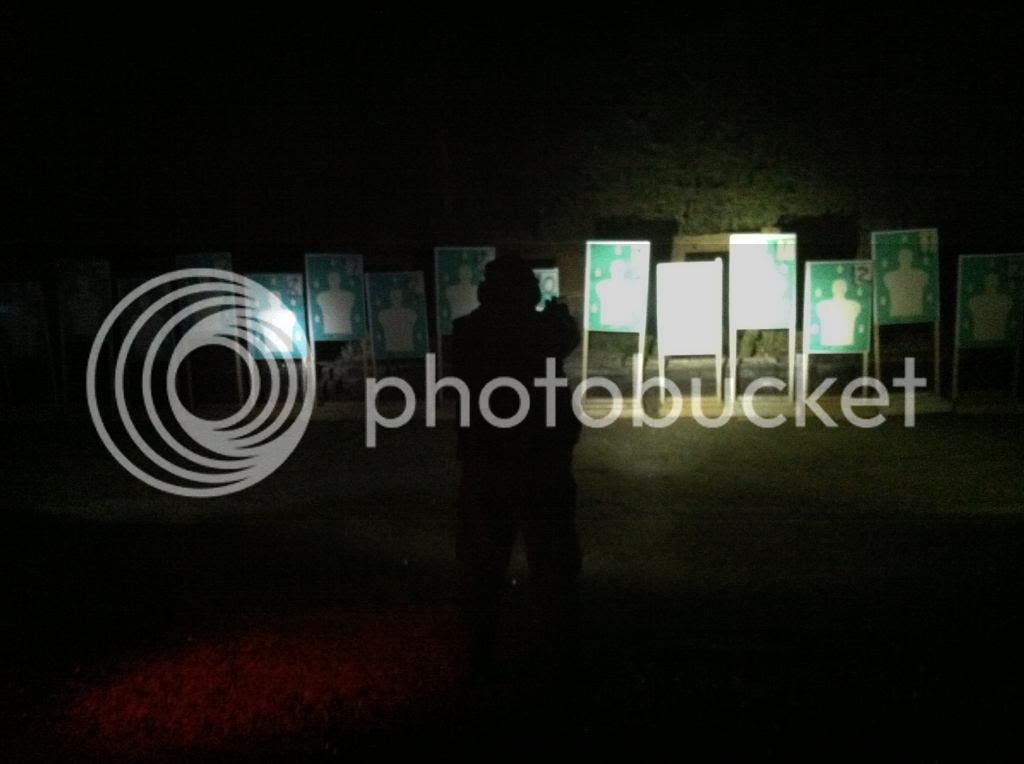 The final portion of the class involved an IDPA style scenario with visual barricades requiring the use of cover, movement, target identification and a mix of shoot and no-shoot targets.  Here's where my ProTac let me down, so to speak.  The multifunction light is all controlled from the use of a single tailcap mounted push button switch.  Tap once for high output, twice for strobe, etc.  When moving from location to location I wanted the light off so as to mask my movement and location.  I found the light strobing when I wanted it on high and so forth.  I think my next ultra-cool-night-fighting flashlight will be a single output LED light somewhere in the 250-350 lumen range.  I also hope to have all the necessary gear together in the next month or so to be able to use my WML.

In conclusion, good training is a good thing, and Sparrow Defense has a good thing going.  If you're in the Atlanta area, look them up and schedule some time with them.  I don't think you'll be disappointed.