In a market saturated with a particular product I question when a company brings forth their version.  The Ruger 10/22 is the second most produced .22 rifle with the Marlin Model 60 having the honor of first place.  Ruger makes quite a few variations of their signature product as well as a host of accessories.  Other companies such as Magnum Research, Volquartson, Kidd, Tandemkross, and Tactical Solutions or TacSol make rifles or aftermarket accessories for the 10/22.  So the question that I first asked myself when I came across a TCR22 in a local Enabler Store...err...gun store is.  "What makes you guys think your product is worth my money?"


"Thompson/Center Arms is an American firearms company based in Springfield, Massachusetts. The company is best known for its line of interchangeable-barrel, single-shot pistols and rifles."
As it turns out they have made quite a variety of rifles including the R55, which was an extremely well made semi automatic .22 for what one would consider a production rifle.  As of this writing, the R55 is not shown on the Thompson Center website.

So what does a 10/22 clone made by a company that specializes in single shot, convertible rifles have to offer?  I'm glad you asked. 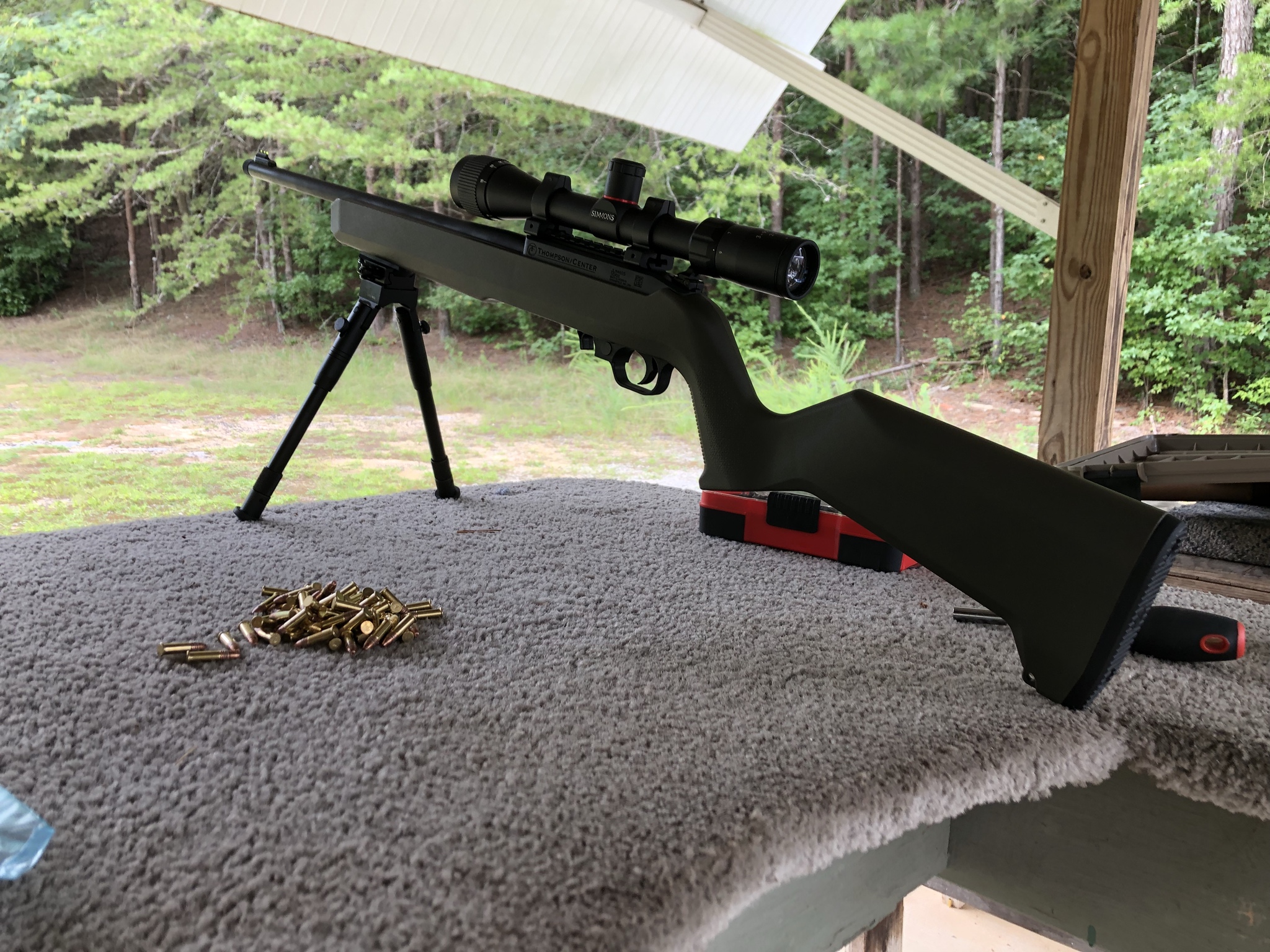 The immediately recognizable feature is the re-branded Magpul stock.  TC's version of the Hunter X-22 is a stripped down version.  There are swing swivel mounts on the foregrip and butt stock, slots for an M-Lok rail on the bottom of the foregrip, and the butt pad is removable, which could be a handy storage spot for those who lean towards the survivalist potential of the rifle. 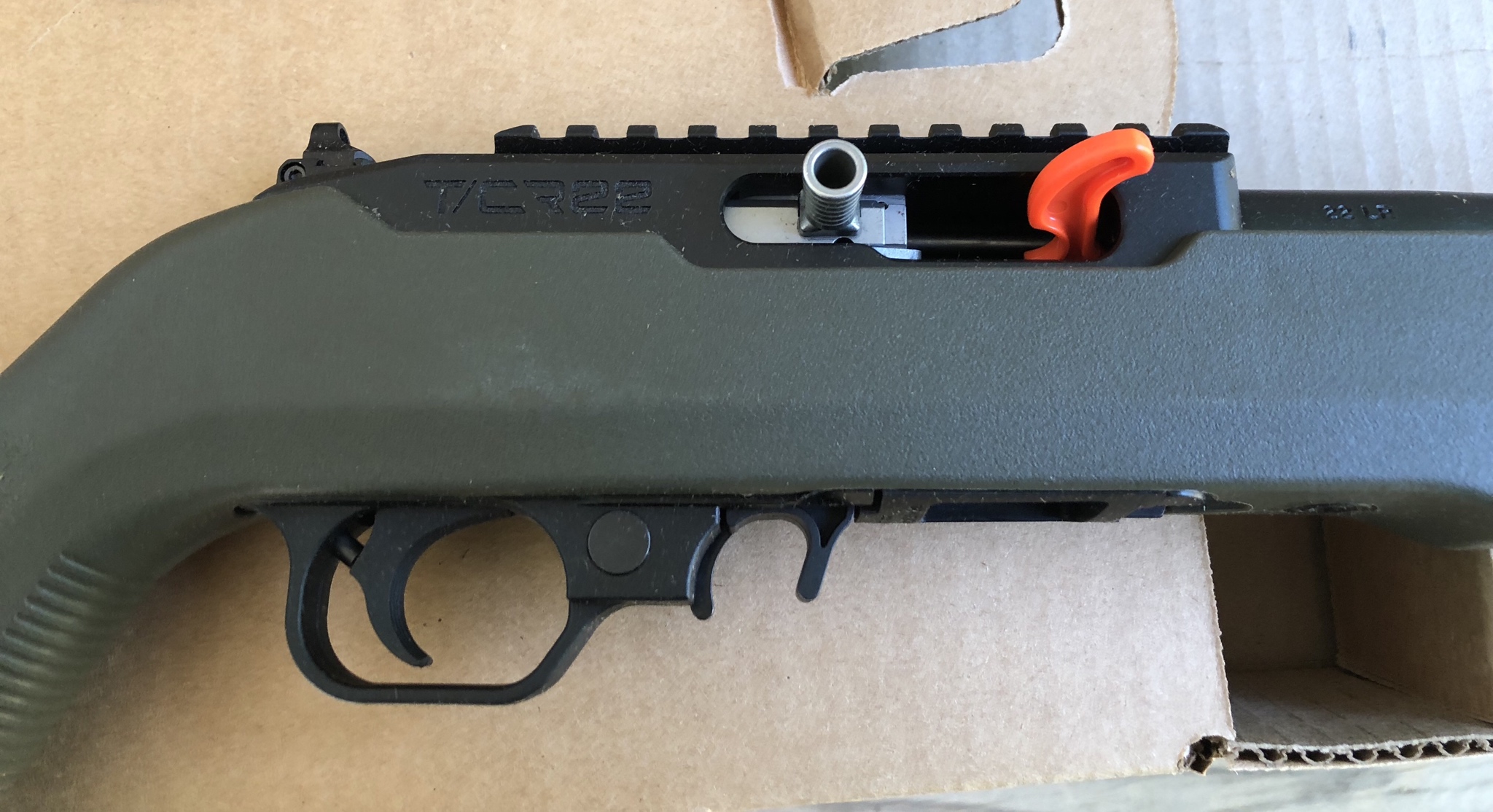 The most advertised feature of the rifle is the last shot hold open when using the Thompson Center magazines.  It is a partially clear, ten round magazine that looks exactly like Ruger's BX1 with one notable difference, a small lever located on top.  That lever must be pushed down before the first cartridge is inserted, which is a bit of a trick.  Once the first cartridge is inserted correctly the remaining nine can be loaded in the same manner as OEM Ruger magazines such as the BX1, BX15, and BX25.

The TCR 22 comes with a machined 6061 aluminum receiver with an integral picatinny rail.  I had to look up what made 6061 special.  In short, it's easy to work and is quite durable.  It is used a lot in bike frames, firearms parts such as AR lower receivers, and aircraft parts.  It is not as strong as 7075 aluminum but is well suited for the use of a firearm receiver that is not receiving direct stress from cartridge ignition pressure.

The bolt is fully machined stainless steel with an oversized bolt handle.

The barrel is 17" long with a 1:15 twist and button rifling.  I had to look up what 'button rifling' is to satisfy my curiosity.  The grooves are 'ironed' in the bore with the use of a button that is ran through from either the muzzle or breech end, depending on the preference of the manufacturer.  More accuracy records are held with rifles that have button rifled bores than any other type.  You can read more about the various Rifling processes at the NRA Family website.

The barrel is threaded with 1/2"x28 threads and comes with a thread protector. 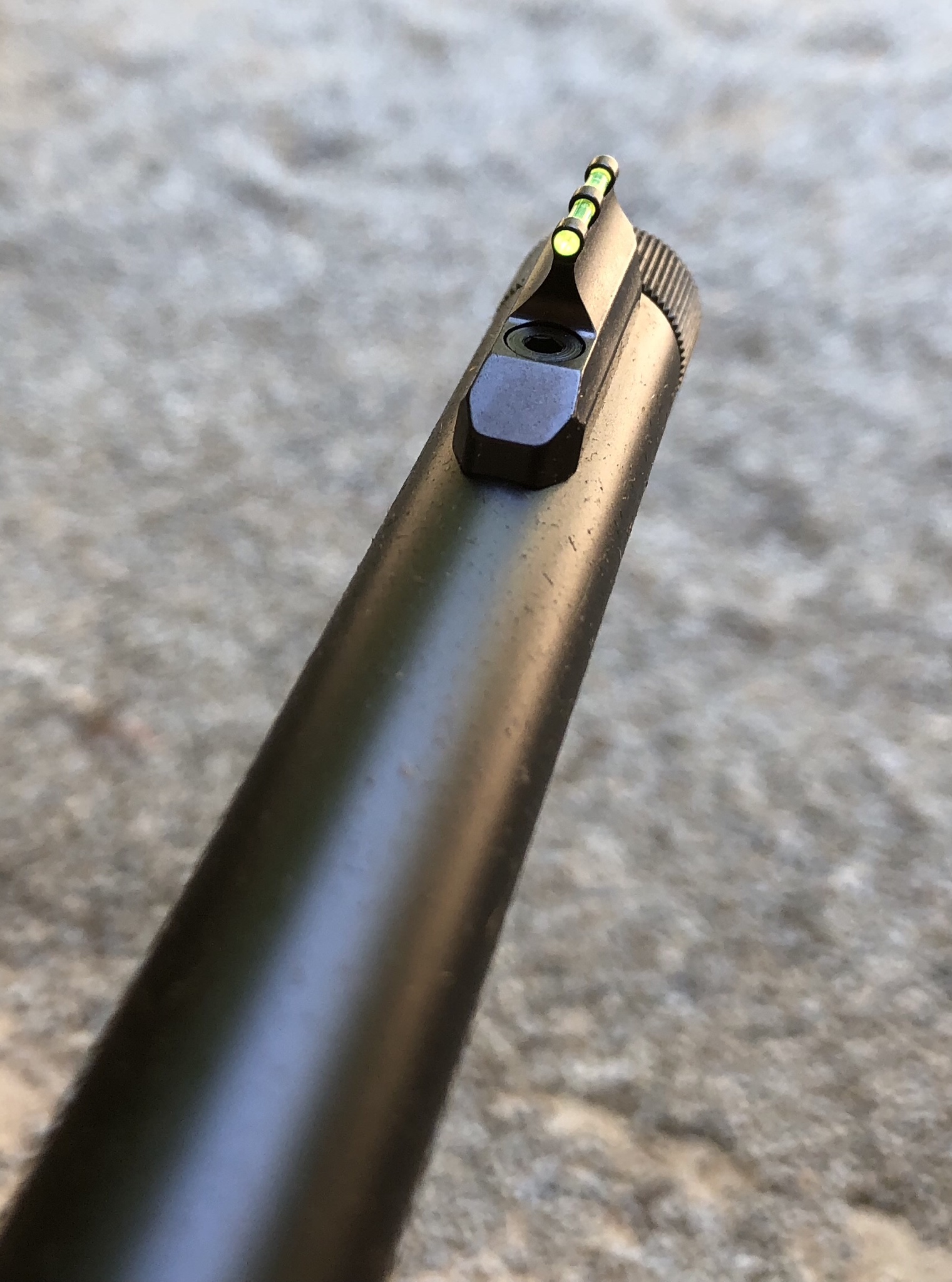 Sights are a non adjustable blade with a green fiber optic insert at the front and a rear peep that is windage and elevation adjustable.  The peep is mounted at the rear of the receiver providing the longest possible sight radius. 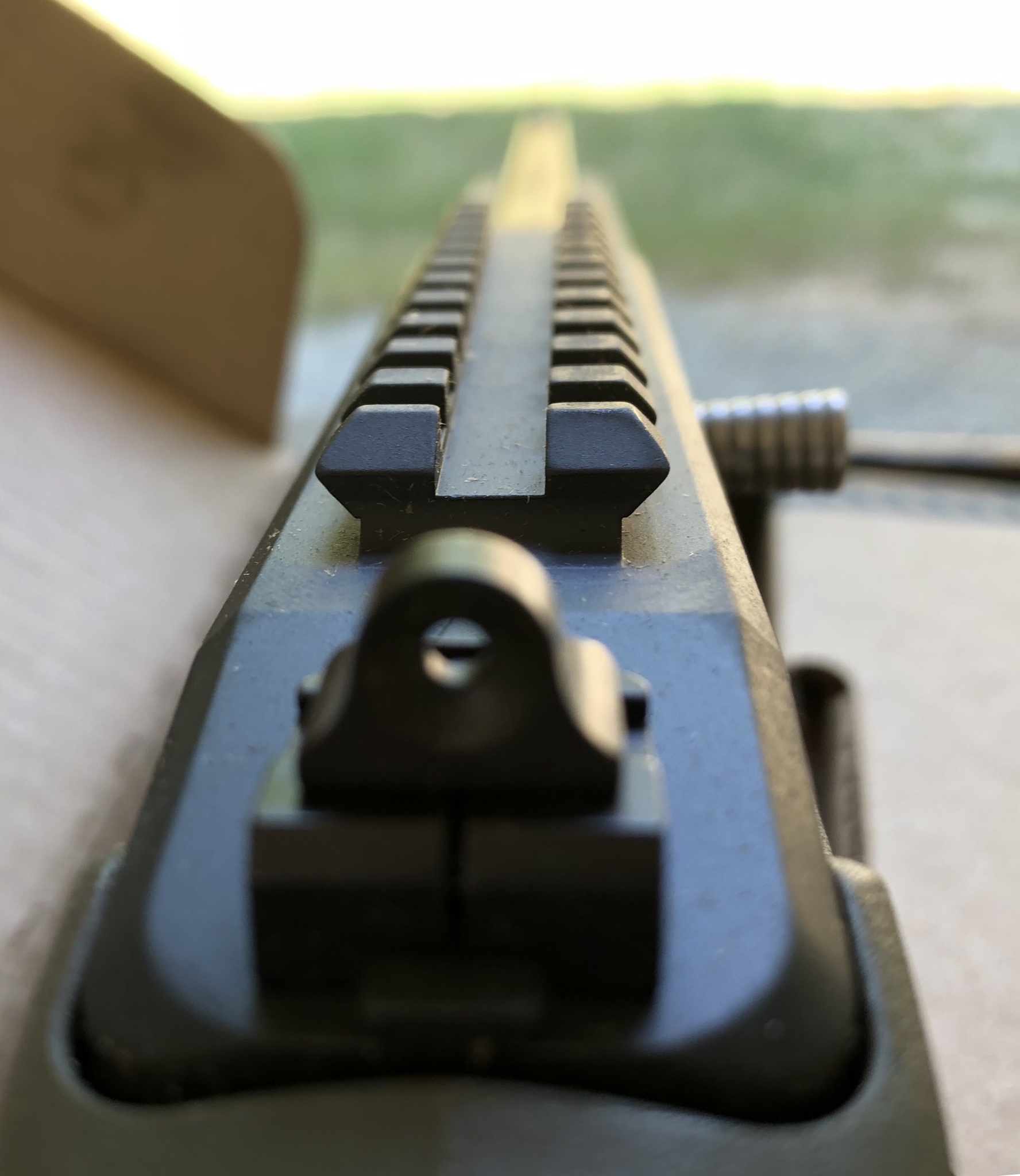 One of the most attractive features of this rifle is the weight, or rather the lack of.  According to the Thompson Center Spec Sheet the TCR22 weighs 4.4 pounds.  That is in direct competition with Ruger's new line of lightweight take down rifles that are specced at 4.5 pounds.

I'll go into specifics in the next installment but I wanted to share a couple of quick observations.