Time is a sort of river of passing events, and strong is its current; no sooner is a thing brought to sight than it is swept by and another takes its place, and this too will be swept away.
Marcus Aurelius 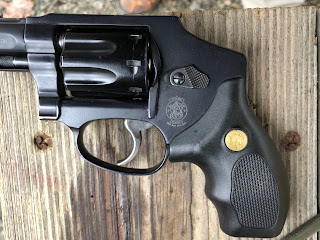 All too often we will hear a quote that goes something like, "I've had my  pistol for thirty years and it has served me well."  That statement is one of the weakest attempts at an appeal to authority ever devised.  For instance, I have a Remington Model 11 that belonged to my dad for close to fifty years.  A few years after he gave it to me I took an interest in sporting clays and drug out that old Model 11 to try my hand at knocking little orange disks out of the sky.  As most folks shotgun folks know, a round of sporting clays is 100 targets, plus a few extras for bad throws and such.  I told my dad about my adventure and he commented that I had shot more shells in one afternoon with that gun than he had in the preceding fifty years.

Think about that for a moment.  Fifty. Years. Less than 100 shells.  But guess what?  That shotgun had served him well.  It went bang every time he pulled the trigger.  By any definition that is reliable service, even if it were an average of two shots per year.

If you've made it this far you're probably scratching your head, maybe rolling your eyes thinking that Wheeler Dood has finally let senility catch up to him and he's rambling.  What possible relevance does an old, outdated shotgun getting shot twice a year have to do with a S&W .22 caliber revolver?  In this case my ramblings are designed to illustrate a point. 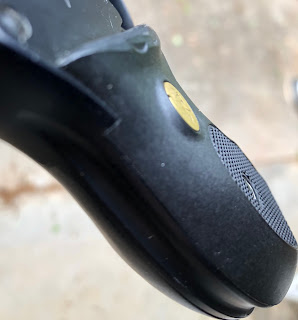 I've shot and carried the 43C for two years now.  Last year I ran 1,275 rounds through it.  Most of that was bulk pack ammo, specifically the Federal Red Box sold at Walmart.  There were 19 failures to fire, all ammo related.  That's a 1.4% failure rate over all.  At face value that seems questionable however, I also tracked the use of my carry ammo, specifically CCI Stingers. 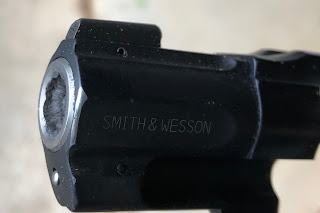 So how has the 43C held up thus far?  It's been pocket carried for those two years.  When I say it's my EDC I mean it's actually carried every day.  It's not part of the rotation, it doesn't get swapped out except at the range.  It is my primary carry the vast majority of the time.  When it's not my primary, it's because it has become my secondary or tertiary lethal force option.  In other words I'm wearing a pistol in a belt holster and carrying a long gun. 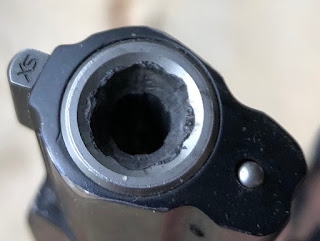 I've swapped out the OEM stocks for a modified set of DeSantis Clip Grip stocks.  There is lead build up in the opening of the shroud surrounding the muzzle.  I've shot it from contact distance to 100 yards.  At fifty yards I can place all eight rounds on a USPSA Practice Target.  At fifteen yards I can place all eight in the B zone of the head box.  I've cleaned the TDA Dot Torture with it five times at three yards and shot a 49 from five.  My point is not to brag about my abilities but to point out the accuracy and reliability of the ultra light J frame. 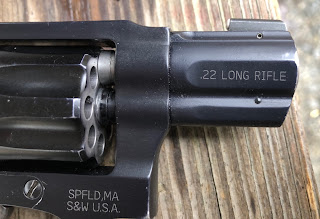 Smith and Wesson hit a home run with these small revolvers.